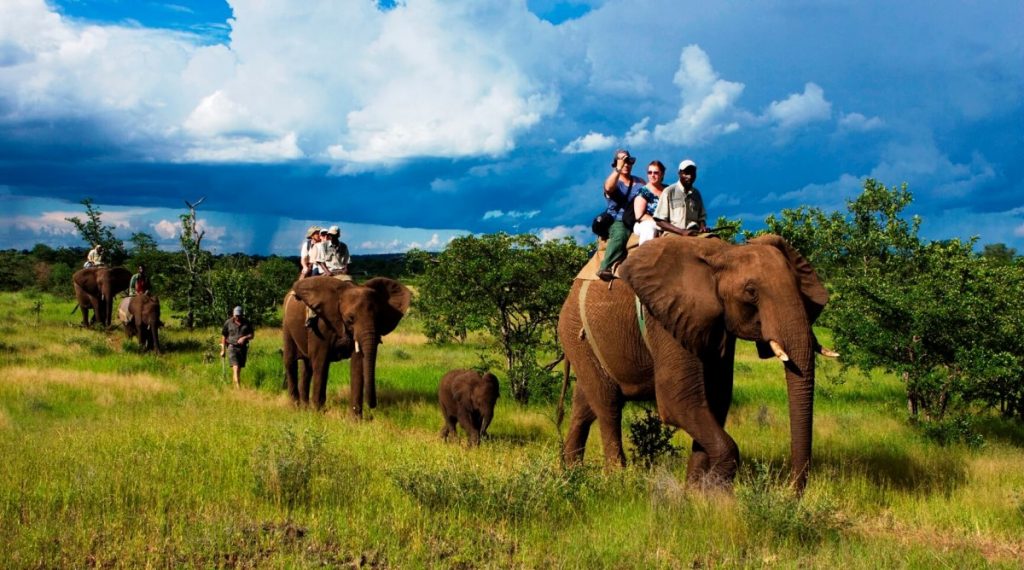 In order to add attraction to the usual safari chapter for tourists, Tadoba-Andhari Tiger Reserve (TATR) in Chandrapur district has resumed elephant safari.
As per reports from Mukul Triwedi, chief conservator of forests (CCF) & field director of Tadoba Tiger Reserve– Elephant Safari were hindered around one-and-half-year back after a Kerala High Court expelled use of performing animals without a certificate from the Animal Welfare Board of India (AWBI) was attained.

Tadoba National Park has two striking 30 year old elephants — a male named Gajraj and a female Lakshmi. Both the royal tuskers are utilized for patrolling and defense and are infact non-performing animals.

Tadoba Wildlife Safari is following the sight-seeing & tourism model of neighboring Kanha and Pench national parks in Madhya Pradesh. However, Elephant safari from Tadoba tour packages was banned in 2012, after opposition over how tigers were put to anxiety situation by surrounding them to showcase the vacationers. Now, we are using elephants for a complete joy-ride. Not only tigers are spotted but also the noise of vehicles which disturbed these tigers have been significantly reduced as a number of people now opt for elephant ride.

Post booking of Tadoba tour packages, the elephant ride is done for 30 minutes on a fixed route. The elephants will be used for tourism between morning 7 to 10am & evening 4 to 6pm. The safari fee for one hour has been set at 1,000 INR per adult and 500 INR per child below the age of 12 years. For non-Indians, the charges would be further hiked.

Four people accompanied by a mahout will be permissible on the howdah (a seat for riding on the back of the elephant). The Tadoba Wildlife safari will also be available offline on first-come-first basis at the gate of Mohurli. The approximate distance covered would be about 10km towards Telia and then back to the starting point.

What’s more, now those disappointed with not having a jeep safari on Tadoba Safari Booking have a great chance to spot tigers and diverse wildlife in Telia. It is a good decision to increase tourism since most of the leading best tiger reserves in India have elephant joyride as key attraction.

“However, elephant ride unlike jeep safaris does not aim to go behind and track tigers as used to happen previously. It is now completely narrowed to definite distance and time.

Best Deals on the Safari Tour In India